Can a person’s financial resources ever be considered when arranging for S.117 After Care? Recent Case Law 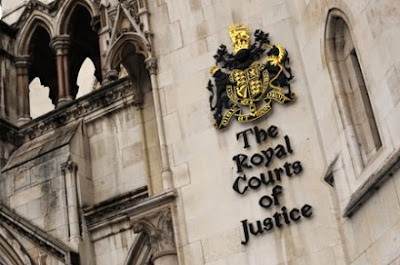 Regular readers of this blog will know how exercised I can become about S.117 after care entitlement, especially when that entitlement is being concealed or misrepresented to patients by local authorities. Indeed, one of the commonest enquiries I receive is from relatives of people entitled to S.117 who are, to put it bluntly, being hoodwinked by local authorities who are at best ignorant of their duties, and at worst seek to defraud patients out of their money.

And so to a recent judgment from the Court of Appeal concerning a case that has been meandering through the courts for some considerable time, no doubt at considerable expense.

The case concerns a man called Damien Tinsley. Back in 1998 he was hit by a car while cycling which caused considerable brain damage and left him with an organic personality disorder. He ended up being detained under S.3 MHA, and was discharged to a mental health nursing home. In accordance with the requirements of S.117, the costs were paid by Manchester City Council.

Interestingly, it was successfully argued during this court case that “the relevant authorities were entitled to have regard, when deciding how the claimant’s needs were to be met, to the resources available to them, and he concluded that they would not fund either a care regime which the claimant was prepared to accept (namely, accommodation at home) or even the care regime which the judge found to be reasonable.”

The consequence of this was that from that time Mr Tinsley has been using the settlement to fund his care, which has included the purchase of accommodation for him to live in.
After a number of years a new deputy was appointed for Mr Tinsley by the Court of Protection, who took the view that the Manchester “has always been obliged to provide him with appropriate after-care services” and in 2010 the deputy started to pursue Manchester for both a refund of the money Mr Tinsley had paid as well as damages.

The case ended up in the High Court, where it was concluded that it was unlawful for Manchester to refuse to pay for after care “on the basis that Mr Tinsley had no need for such provision because he could fund it himself from his personal injury damages.”

Manchester again appealed, and the case finally arrived at the Court of Appeal, which issued a judgment in October 2017.

On the face of it, it would appear perfectly reasonable for the money that Mr Tinsley had received in damages for disabling injuries that were not his fault, and which were specifically identified to cover the cost of his current and future care, to be spent on that care. After all, huge sums are frequently paid by the NHS for damage to patients which is designed to cover their long term care needs.

However, the issue here is that of entitlement to S.117 after-care, and the basic principle that after-care for the purpose of meeting a person’s mental health needs cannot be charged for.

So what did the Court of Appeal conclude?

Manchester submitted that “the mere fact that an obligation is imposed on it by s.117 to provide after-care services to persons compulsorily detained pursuant to section 3 of the Act does not require it to provide, or arrange for the provision of, such services if a claimant has funds available for that purpose”.

In a lovely paragraph, the Court demolished that argument:

This is an impossible argument… A refusal to pay for such services is effectively the same as providing such services but charging for them.  The House of Lords has made it clear in Stennett that charging persons such as the claimant is impermissible.  Manchester is effectively seeking, in the teeth of the express obligation to provide s.117 services, to recover by the back door what it cannot recover by the front.
.
The appeal by Manchester was therefore dismissed.

This has to be a harsh reminder to local authorities of their absolute duty to meet the expenses of patients entitled to after care under S.117, tempting though it may be, in view of the severe cutbacks to local authorities for social care, to seek to tap the person’s personal funds.

While it may seem perverse that even someone with unlimited funds is entitled to free care if they have once been detained under S.3 MHA, it is nevertheless the law.

Parliament had the opportunity when drawing up the Mental Health Act 2007 to remove this absolute entitlement, but it did not.

Parliament again had the opportunity to change the law when drawing up the Care Act 2014, which substantially amended S.117.

Why not join? With over 6,100 members, it's an ever growing, but nevertheless friendly and supportive group. AMHPs, AMHP trainees, social work and nursing students, service users, carers and relatives, and others with a professional or personal interest in mental health, such as psychiatrists, nurses, psychologists, police officers and bloggers, all get on together (most of the time!). It's a great place to pose a question or discuss thorny issues relating to the Mental Health Act, the Mental Capacity Act and mental health in general.