The Coronavirus Bill – Proposed Amendments to the Mental Health Act 1983 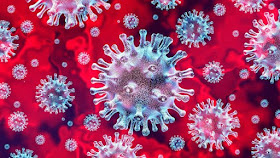 26.03.20. Update: The Coronavirus Act 2020 has now been passed, but the changes, including to the MHA, are not as yet in force. Schedule 8, which relates to the MHA, appears unchanged from the Bill.

The Coronavirus Bill was published today (19th March 2020). You can find the full text here.

This is my understanding of the main proposed changes relating to the MHA 1983.

The main substance of these changes appears to relate to an anticipated shortage of doctors who can make recommendations. It does not appear to anticipate any shortage of AMHPs, who will still be required to undertake an assessment and make the application.

As has been signaled, there will be changes to the requirements regarding applications under s.2 and s.3 MHA.

So it would appear that, while s.2 and s.3 can still involve two medical recommendations, an AMHP can decide to dispense with one if it is not practical to obtain 2 doctors to make recommendations.

The Bill then goes on to say:

An emergency application under section 4 may not be founded on a single recommendation (but this does not limit section 4(3)).

I’m taking this to mean that in effect s.4 (which only requires one recommendation) is suspended for the duration of these amendments.

The Bill makes it clear that the single recommendation has to be made by a s.12 approved doctor, but that doctor does not need to have had previous acquaintance.

Along the same lines, Part III of the MHA, relating to criminal proceedings, will only require one medical recommendation. This relates to s.36, s.37, s.38, and s.45A.

Presumably anticipating delays in admissions to hospital, the time limits for conveyance of accused or convicted prisoners to hospital have been relaxed, the Bill stating:

The provisions listed in sub-paragraph (2) have effect as if references to conveying or admitting a person to hospital within a specified period were references to doing so within that period or as soon as practicable after the end of that period.

Any existing forms that conflict with these changes can be used with “appropriate amendments” (which can presumably be handwritten if necessary).

There is no indication of how long these changes might continue.

The Bill does, of course, still have to pass through, and be approved by, Parliament, and there may be further amendments.

However, it does seem likely that most, if not all, of these changes will go through.
The Masked AMHP at 17:32
Share