What’s in the political parties’ manifestos relating to mental health? 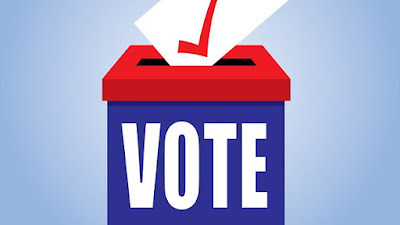 Since we are about to have yet another General Election on 12 December 2019, I thought it might be informative to see what the main national political parties have to say about mental health.

Mental health is name checked 16 times in the Labour Party Manifesto. They have a total of seven paragraphs devoted to mental health.

A Labour government will provide an additional £1.6 billion a year to ensure new standards for mental health are enshrined in the NHS constitution ensuring access to treatments is on a par with that for physical health conditions.

They also promise £2 billion to modernise hospital facilities and end the use of inappropriate, out-of-area placements.

Encouragingly, they give a nod to the recent Mental Health Act Review, stating:

The legislation for detaining people with learning disabilities and mental illnesses is outdated. We will implement in full the recommendations set out in the independent review of the Mental Health Act, so that people are given choice, autonomy and the treatment they need.

Oh, and in the section on policing they mention mental health once: 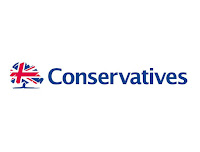 Er... with less than 3 weeks until the General Election, the Conservatives have still not actually published their Manifesto.

It is, however, stated in the Press that they will give the NHS “its biggest cash boost in history”. This will apparently amount to £33.9 billion. So far, there is no mention of how much of this would be seen by mental health services.

It is unknown whether a new Conservative Government will implement the recommendations of their own Mental Health Act Review, which was flagged in their last Manifesto in 2017. But then this was published when Theresa May was Prime Minister, who had at least expressed a concern about mental health.

A search of their Manifesto reveals 59 mentions of mental health. They really go into considerable detail, and whoever wrote it really appears to have a grasp of what the problems are and what is needed to remedy them.

Mental health is even mentioned in the introduction, stating:

They go on to say that:

A Liberal Democrat government will invest £11 billion in mental health to expand access to therapies and increase the number of psychiatrists and specialist mental health practitioners. We will make mental health services 24-hour, including placing mental health liaison teams in all hospitals so that those facing a mental health crisis are not put in police cells.

They have a whole section entitled “Fixing Mental Health Services.”

They argue for parity of esteem with physical and mental health, to the extent of legislating to give them equality under the law. They also plan to prioritise early intervention to prevent people from experiencing a mental health crisis and to minimise the number and duration of in-patient stays.

Their policies include introducing standards for waiting times for mental health services, increasing the range of and access talking therapies, making prescriptions for people with severe mental illness free, and they will:

Implement all the recommendations of the Wessely review of the Mental Health Act, including bringing forward the necessary investment to modernise and improve inpatient settings and ambulances. We will apply the principle of ‘care not containment’ to mental health, while ensuring an emergency bed is always
available if needed.

There are three references to mental health in the Green Party Manifesto, contained within a single paragraph. They intend to focus funding:

The UKIP Manifesto has 6 references to mental health. However, these references are mainly concentrated in a single statement referring to younger people:

An increasing number of younger people are suffering from mental health issues and this needs to be addressed. We will introduce practical policies to improve the delivery of mental health services and increase mental health funding by £500m per annum.

Nigel Farage has said that “the word 'manifesto' was a "horrible, horrible word that equates to 'lie'". They have not therefore released a Manifesto.

Instead, they have released a “Contract with the People”. This “contract” contains no reference at all to mental health. They do, however, refer to the NHS in the most general of terms, including a promise not to privatise the NHS.

So there it is. I am not making any recommendations as to whom readers of this blog should vote for. However, purely on the basis of the published manifestos, the Liberal Democrats have the most detailed and highly developed policies relating to mental health services.

Although realistically they have no chance of forming a majority government, they could still have the balance of power, and might use this to prioritise improvements in services to children and adults with mental health problems.

Why not join? With nearly 6,000 members, it's an ever growing, but nevertheless friendly and supportive group. AMHPs, AMHP trainees, social work and nursing students, service users, carers and relatives, and others with a professional or personal interest in mental health, such as psychiatrists, nurses, psychologists, police officers and bloggers, all get on together (most of the time!). It's a great place to pose a question or discuss thorny issues relating to the Mental Health Act, the Mental Capacity Act and mental health in general.